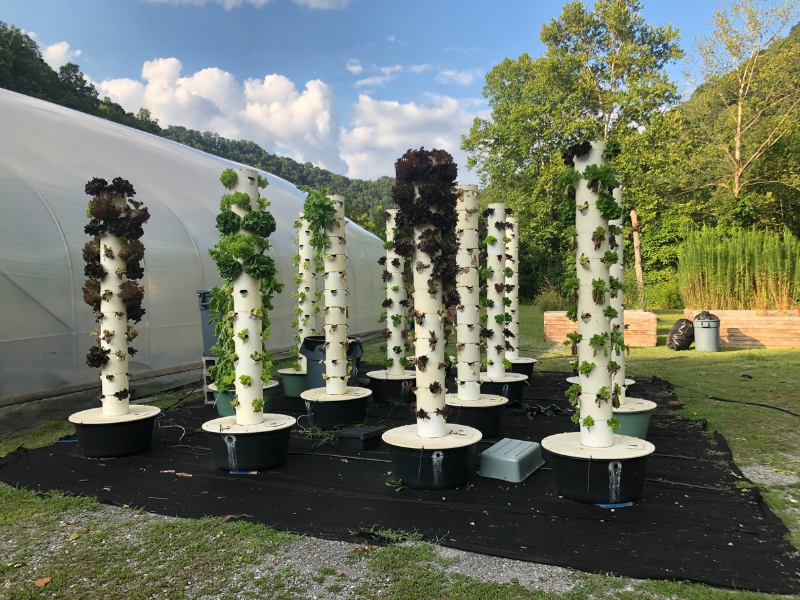 Five Loaves & Two Fishes is located on Coal Heritage Road (US-52) in the small community of Kimball about five miles from Welch, the county seat of McDowell County, West Virginia, arguably among the poorest counties in the country.

The county, once thriving in the 1950s with a population of more than 100,000, has seen its population drop to some 20,000 today due to the decline in the coal industry on which tens of thousands of families relied upon.

The unemployment rate is 8 percent, nearly twice the national rate, but the people who remain love the place they call home, and will never leave despite the hardships they face.

Among the challenges is the lack of convenient access to healthy food in the rural region known as a “food desert” where well-stocked grocery and big-box stores are few and far-between.

The situation was exacerbated with the closing of the Walmart in McDowell County and the end of a partnership with a U.S. hunger relief organization. It meant funding for fresh produce was lost.

The closing was especially difficult for Five Loaves & Two Fishes, run by Linda McKinney and her husband, Bob, who told West Virginia Public Broadcasting that superstore’s closing actually inspired their family to rethink how they get food for the pantry.

Roadside Farms delivers food such as its “Mega Salad” containing cherry tomatoes, cucumbers, banana peppers, carrots, red onions, and more on a bed of its hydroponic lettuce mix, along with other menu items to residents in local communities such as Welch, Pineville, Rockview, Brushfork, and others.

Comments on its Facebook page include “Food is amazing and I respect a business that goes above and beyond for their customers” and “delicious, healthy and fresh food for a good price. Love everything that I’ve tried.”

In addition, Roadside Farms donates lettuce to nearby schools and supplements fresh produce for the Five Loaves & Two Fishes food bank – a self-sustaining and innovative solution Americans Helping Americans® is proud to support.

“I just never want anyone to go hungry, ’cause I watched as my grandmother provided for the children who lived in our holler that would come in our yard and play,” she told West Virginia Public Broadcasting. “She always had fresh bread, hard salami.”

She and her husband, a retired minister, have been running the food pantry since 2009, and Linda notes that the need to help hungry people keeps growing in McDowell County.